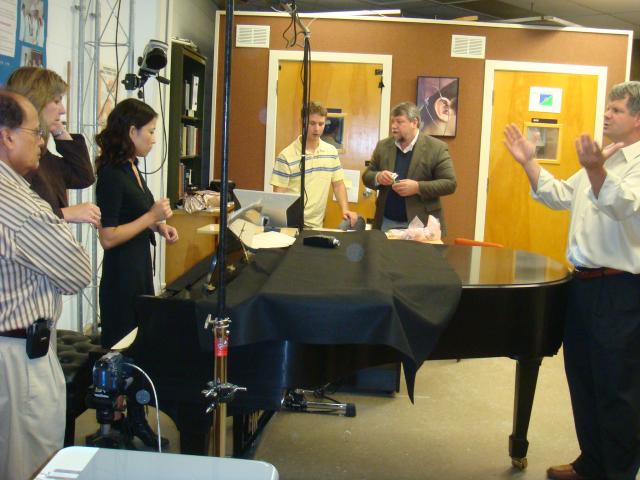 In February 2008, a collaborative research grant was received by the UNT Health Sciences Center  and the Texas Center for Music and Medicine for a proposed study of the hand kinematics of piano players. The study was approved by the Institutional Review Board in May 2008 and is currently  in progress.

The study is being performed by Dr. Kris Chesky, Dr. Rita Patterson, Dr. Shrawan Kumar, Dr. George Kondraske and Eri Yoshimura in order to better understand musculoskeletal problems in the upper extremities of musicians, specifically piano players. Many pianists suffer from these problems  and the nature and causes of these problems are not well understood, while ways to prevent or  alleviate these problems are even less studied or reported. For this purpose, the study is measuring posture of the hands and force on the keys while playing different intervals and volumes on the piano. 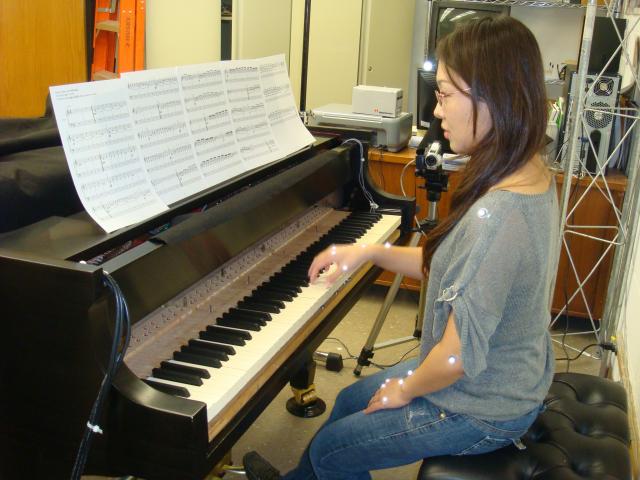 Each of the 30 subjects are being asked to fill out a questionnaire about their musical background and other piano-related characteristics. Measurements of their upper extremities are taken, such as forearm length, hand volume, hand span, et cetera. Subjects are then attached with small reflective markers on the back of their hands, elbows, shoulders and forehead that will be used to track their movement with several motion-capture cameras as they play. Force sensors are placed under several keys to measure the amount of force a subject uses while playing. 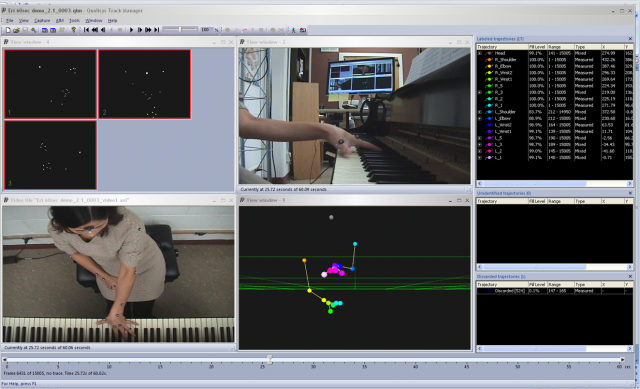 Finally, the subject performs a 10 minute exercise that involves playing 5ths, 8ths and 9ths on the piano at varying dynamic levels to the beat of a metronome. The performance is recorded by video  camcorder and data is taken by a computer through the force sensors and motion-capture cameras.  After playing, each subject is asked a few more short questions.

Through the observation of movement, force, and posture of the hands while playing piano, the investigators of this study hope that it may eventually help pianists understand the origins of piano-related pain as well as direct the development of pedagogic, technical or ergonomic interventions.